We've all laughed at the Vidal Sassoon commercials showing the caged monkeys having shampoo shoved into their eyes with Q-tips, but did you know that those monkeys never got paid for that commercial? So, I know that they test hair-care products and certain vaccines on animals. But, what about anti-depressants. How do you know if an animal is depressed or not, or schizophrenic? And then judging whether or not they got better?
-
June 22, 2006
2 comments

Is Al Gore Righter Than We Thought?

ABC News wants to know how global warming has directly affected your life. They want to see and hear your stories. I am absolutely serious. http://abcnews.go.com/International/story?id=2094224&CMP=OTC-RSSFeeds0312You can send photos or video along with your story. This is serious. I have already sent them photos of myself perspiring when playing tennis the other day, and I wore shorts this past weekend because the climate coerced me. This is serious. ABC wants scientific evidence that it is warm in the summer time. Feel free to give it to them.
-
June 21, 2006
6 comments 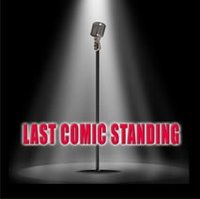 I thought the intention of comedy was to make people laugh. Why is Mitch Hedberg the only comedian that seems to relate to our generation? And why does everyone awesome die? Why don't the crappy comedians die first? Why don't the Karma Police go and kill the loser comedians that talk about high school in their act, or why it's funny that they're a minority (weight, race, heighth)? Could it be that our generation is so bent on sarcasm, that stand-up doesn't really work best for our delivery and that a guy like Hedberg's the only guy who figured out how to make it work? I think we'd make for some killer hecklers if we could figure that out.
-
June 21, 2006
5 comments

Until Death Do Us Part 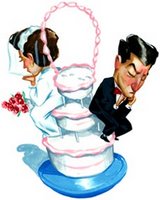 My wife and I were discussing the idea of love last night. I came to the conclusion that I love my wife only because she’s awesome. And if she became a jerk all of a sudden (she promised that will not happen) or if I became a jerk all of a sudden (slightly more possible), would we really continue to love each other? I mean, I wouldn’t go and find someone else because of the seriousness of the vows we made with each other. But, loving a jerk? That’s got to be hard to do. Any thoughts?
-
June 21, 2006
4 comments

The Right Lane is for Retards 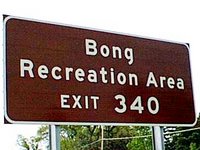 I’m aware of the sensitivity of that term, but it cleverly portrays the anger that I feel after the drive to work this morning. Why do people want to drive under the speed limit on the highway in the left lane? And then if you wait patiently for over a minute for them to see you in their rear view mirror, realize their inferiority and move over to the right lane…but they don’t, and then you pass them on the right lane and they act completely offended and start to speed up. Then the next 20 minutes are a double dog dare game of “I can go that fast too, and then cut you off before your exit”. I propose a federal mandate that there be signs on all major highways matching the title to this post. So, then, if you are lacking in the realm of mental capacity, you know which lane is for you. I guess the subjectivity of that would be hard to enforce, but it could begin on a willing basis. Any better thoughts without allowing carry and conceal?
-
June 21, 2006
3 comments

Folsom, Huh, Yeah, What is it Good For? 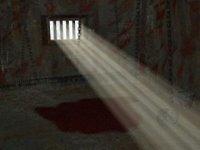 What is the primary reason for prisons in America? Is the goal to get dangerous people off of the street so normal civilians can be safe? Or is to put people in a place where they can be separated from the things that tempt them, which are hurting them and those around them?
-
June 20, 2006
2 comments

The Smile of Their World is our Rain 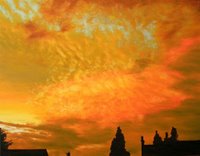 Similarly, are clouds created strictly for utilitarian purposes or for our aesthetic enjoyment? Because I saw some clouds on the way to work today that looked like they were right out of the Impressionist movement.
-
June 20, 2006
5 comments

The Smile of Their World is our Ears 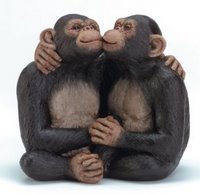 Were we created aesthetically or did we develop our attractions subjectively? For example, it seems as though every little detail of the human body has a utilitarian function to it. Eyebrows as sweatbands for your eyes, fingernails for breaking things apart, bellybuttons as grape-holders, etc. So, is there any part of the human body that is not utilitarian, but purely for the aesthetic purposes of attracting the opposite sex? Or, do we develop our attractions simply based on comparing our options?
-
June 19, 2006
8 comments

Coal is the Answer

On Meet the Press today with Tim Russert, he had on three oil company execs from Shell, Chevron and ConocoPhillips, respectively. He tried telling them that the American people think they're evil, while they in turn poorly taught Economics 101 and the benefits of a free market economy to Mr. Russert, and then tried to create a public push for storming into Alaska with chainsaws. Throughout this broadcast, there were countless commercials for learnaboutcoal.org, a link which although heavily advertised, has been down all day. These quick-hitting :15 commercials showed children talking about the benefits of coal power and how it's not as polluting as it once was, etc. But, one of the commercials starting raving about hydrogen power, which surprised me, and then they said, "the leftovers from coal production can be used to create hydrogen power." Isn't this the equivalent of a pornography company saying they're going to recycle leftover magazines and make Bibles?
-
June 19, 2006
15 comments
« Previous 1 … 13 14 15
No Result
View All Result